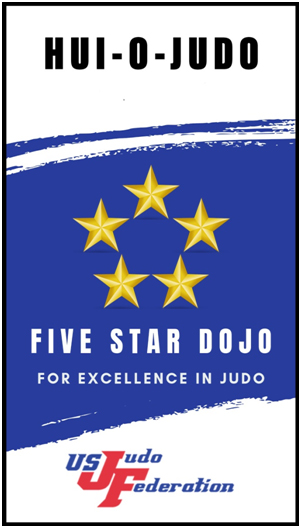 Hui-O-Judo welcomes you to come join us to begin and enhance your judo knowledge and development. We teach both competitive and recreational judo, as well a s strong focus on the katas of the Kodokan.

Hui-O-Judo, which is Hawaiian meaning “club of the gentle way”, was founded by Sensei Kenneth Tamai.  He trained each judoka based on the principles and morals established by Dr. Jigoro Kano, the founder of judo.   Judo’s aim help each person develop into the best person they can be.

It is the mission of Hui-O-Judo instructors and judoka is to teach you to love learning judo. It is a lifetime of learning. We aim to provide a nurturing place of trust, integrity, fellowship, cooperation and respect for others. We provide the opportunity for each person to learn and grow physically, mentally, emotionally, and spiritually while learning the skills, techniques, confidence and discipline needed to become a great judoka while helping to maximize their personal potential and contribute to society.

Hui-O-Judo, which is Hawaiian meaning “club of judo”, was founded by Sensei Kenneth Tamai in Berwyn Heights, Maryland in 1968 as a family dojo to teach both competitive and recreational judo to students of all ages (juniors and seniors, ages 5 and older).  Sensei Tamai taught judo for the development of the students. He trained each judoka based on the principle and morals established by Dr. Jigoro Kano in the formation of Judo.  Seiryoku zen yo – Maximum efficiency with minimum effort, which is the best use of all of our energies.  Jita kyoei – mutual welfare and benefit. We have an environment where everyone learns, grows and develops together to make a better world.  Judo’s aim is to develop character of each person and help them develop into the best person they can be.

Hui-O-Judo developed and grew through the 1970’s.  The club captured its first team trophy (junior division) in 1976 at the Eastern Invitational held at the Police Academy in Washington, DC.  The junior team successfully defended the team title in 1977 and 1978.  A junior team comprising Karl Tamai, Robert Fetrow, Kevin Tamai, Chang Cho, and Billy Veater placed second in a five-man team competition at the Jamie Tower’s Invitational in New York City in 1979.

Hui-O-Judo outgrew the Berwyn Heights dojo in 1980, and relocated to the current dojo at the Beltsville Community Center.  Working with MNCPPC, Hui-O was able to host  a large variety regional clinics and tournaments for Shufu Yudanshakai.  Sensei Tamai continually acquired new mats to provide for the continued growth in the club.  Sensei Tamai coached the Shufu Female Youth Team to a USJF national title in 1991 and a second place finish in 1997.   The Shufu Male Youth Team had a strong showing in 1997 placing third.  Hui-O-Judo has maintained a presence in area throughout the 1990’s by capturing the senior team trophy at the Beltsville Invitational in 1993 and 1997.  The club often won both the junior and senior team trophies at many events they participated in. In 2000 and 2001, Hui-O-Judo Beltsville became a leading judo team the Washington Area by taking the team award championship honors at the Shufu Open Championships, Beltsville Spring Open, Eastern Open Championships, Beltsville Fall Championships, Maryland State Championships and the Virginia State Championships.

Sensei Tamai, in cooperation with the Maryland National Capital Park and Planning Commission, has continued to host most of the regional tournaments and clinics in the DC area since 1981. Through his commitment to the judoka in the area, he hosted at least one clinic or tournament a month at the Beltsville location. He ensures that judo is accessible to everyone by keeping the cost of tournaments and clinics very low.  He helped to develop interest in the sport of judo in the area.

In 2000, two of his sons, Kurt and Karl opened another club close by. College Park Judo is run in cooperation with MNCPPC. They produce top competitive judoka as well as recreational judoka in a family atmosphere.

Hui-O-Judo was the third dojo in the country to be elevated to the United States Judo Federation 5 Star dojo. College Park Judo was the 6th dojo to be distinguished. The program is to recognize those dojos that demonstrate excellence in Judo by having within their membership the following certifications: USJF Teacher or Assistant Teacher certification; USJF National Coach, Bronze, Silver, Gold, Master or Elite National Coach certification; USJF or USA Judo Referee certification at local, regional, national or international level; USJF Kata certification A, B, or C in nage no kata, katame no kata, ju no kata, kime no kata, goshin jutsu, itsutsu no kata or koshiki no kata; Special activities including clinics, judo camps or tournaments.

Sensei Tamai passed away in 2004. Three of his children, Kevin, Diane and Margie continue to lead Hui-O-Judo. The senseis at the dojo have over 300 years of combined judo knowledge. Kevin and Kurt continue to run tournaments and clinics under both USA Judo and USJF. They also run two premiere events, the Maryland State Championships and the Ken Tamai Memorial Judo Championships. Diane and Karl are both National A referees and are part of the Team USA World Kata Team. They have won countless national titles. Kurt has two boys on the Team USA Pan American World Team.

It is the mission of Hui-O-Judo instructors and judoka is to teach you to love learning judo. It is a lifetime of learning, not a race to a rank. We aim to provide a nurturing place of trust, integrity, fellowship, cooperation and respect for others. We provide the opportunity for each person to learn and grow physically, mentally, emotionally, and spiritually while learning the skills, techniques, confidence and discipline needed to become responsible and independent , to maximize their personal potential and contribute to society.

We welcome you to come visit us at the Beltsville Community Center  any Tuesday or Thursday evening between 7 and 9pm or contact us with any questions you may have.

Hui-O about us for webpage