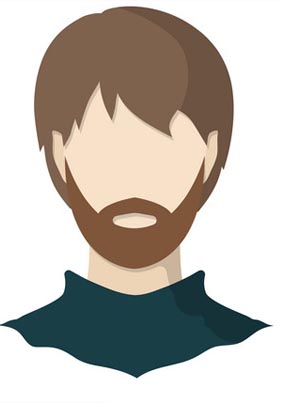 My martial arts career actually started in 1990 with a Korean karate style. I was awarded first degree black belt rank in Tang Soo Do in 2000. I started Judo in 1994 at the age of 16. I was introduced to Judo as a high school wrestler. Some of the Tamai sensei were also alumni championship wrestlers at my high school and returned as coaches. I started learning at Hui-O- Judo, under founding sensei Ken Tamai. I have been with Hui-O-Judo ever since. I would be an off again on again judoka focusing more on karate until around 2004. At this point I started transitioning away from Tang Soo Do and moving more toward Judo. I earned the rank of Shodan (first degree of black belt) in 2006 and Nidan in 2008. In 2013, due to a combination of starting a family, stagnation in my pursuit of karate and the superior environment at Hui-O-Judo, I decided to pursue judo exclusively. In 2019 I was awarded my Sandan
rank.

Up through my under belt (kyu) ranks and Shodan, I was a local shiai competitor having moderate success up to the state level. I was also a local kata competitor and benefited extensively from the expert instruction of international kata champions Diane Jackson and Karen Whilden. During my time as Shodan I got more involved with supporting and officiating local events rather than competing in them. I am a regional certified referee and I have extensive experience as a mat technical official. Unlike the extraordinary biographies you will find at Hui-o Judo, I am what most call a recreational judoka. Like all sensei, I practice Judo because I love the technical aspects of the sport, the character and philosophy of the art, and the family and environment of my club Hui-O-Judo. But pursuing the highest levels of competition, officiating and rank is not a high priority for me right now. (refer back to starting a family…) Hui-O-Judo in particular not only has a place for recreational judoka, it is a place where my Judo can grow and thrive, with the same level of instruction and the same value of me as judoka, what I can do, and what I can pass on, as the people who admirably pursue the highest levels and honors of Judo. (That’s a part of one of the core principals of Judo, Jita Kyoei. meaning “mutual welfare and benefit” for everyone) Even as a recreational judoka, the degree to which Judo, be it practice, its philosophy, and most importantly the people I have the honor to practice with has positively shaped my life is extensive… and beyond the scope of what to include in an introduction. Second to learning in any area of the sport/art, I love teaching. I love when I see my fellow judoka succeed in any throw or technique. If you hear a loud shout on the mat at Hui-O-Judo that is likely me, because someone just did a beautiful technique, usually to me, in demonstration or free sparring (randori). My favorite techniques are harai goshi (hip wheel) and ushiro kesa gatame (reverse scarf hold). When I have fewer family priorities in addition to attending and teaching more classes I intend pursue refereeing and return to kata training and competition (I really want to practice Koshiki No Kata (forms of antiquity) again even though it is a more obscure kata.)